We are taking sequencing further to bring you fast, powerful and flexible tools for research and precision medicine. Our aim is to empower scientists to answer their most pressing questions, allowing them to forge a path of discovery Without Limits. 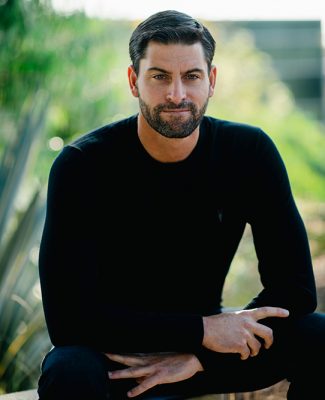 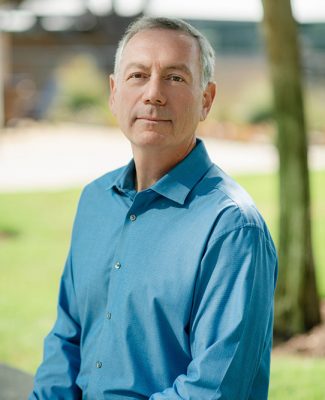 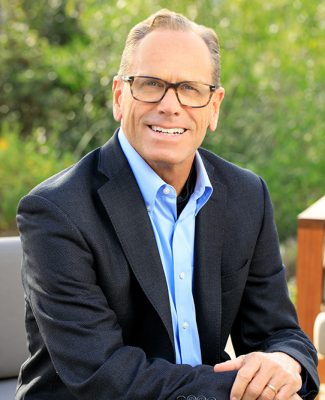 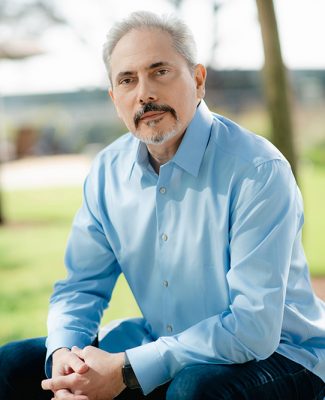 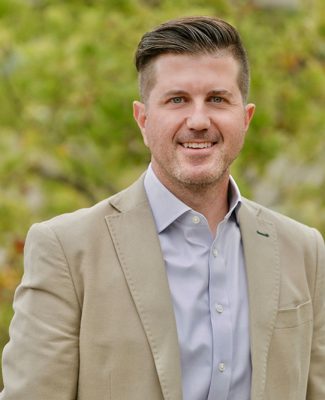 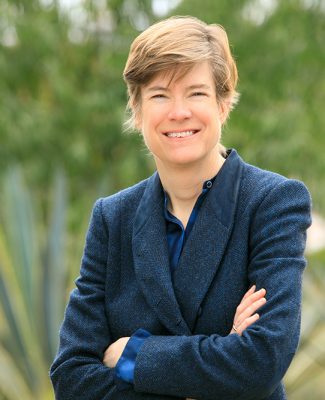 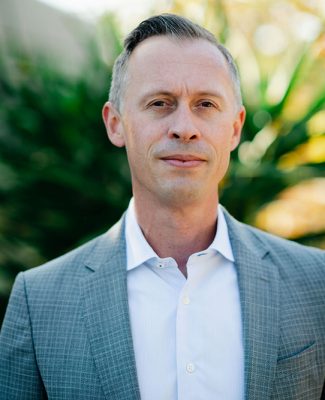 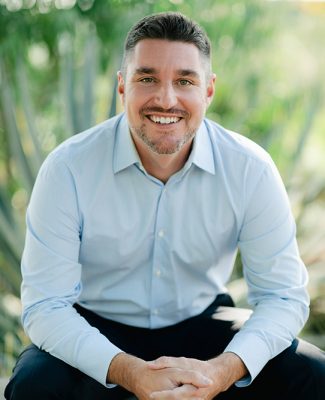 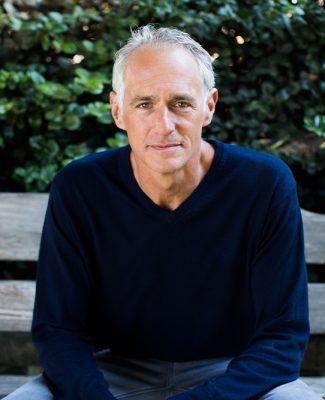 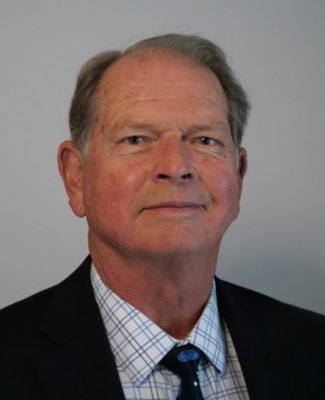 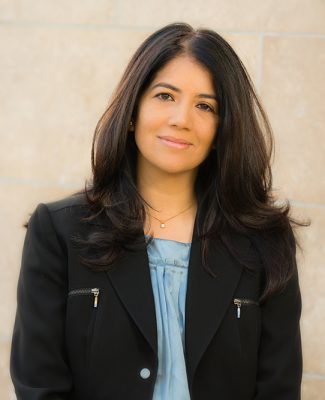 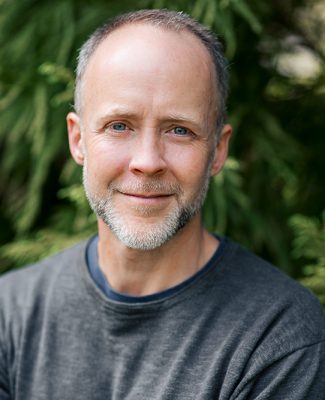 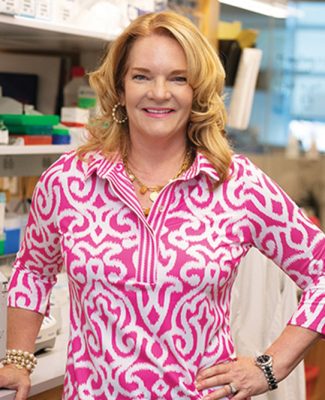 Drew founded Singular Genomics in 2016 serving as the CEO and Chairman. Drew is a serial entrepreneur and venture investor in the biotech industry and has been involved in the founding of several successful companies. Prior to Singular Genomics, Drew founded Truvian Sciences, a low volume blood testing technology aimed at making routine blood tests easier, less invasive, and more affordable. Drew was also involved in the founding of Aspen Neurosciences where he co-led the seed financing and helped assemble a world-class team to combat Parkinson’s Disease using a patient’s own stem cells. Drew was also a seed investor and held an operating role in Edico Genome which sold to Illumina in 2018.

Eli founded Singular Genomics in 2016 and serves as the Chief Scientific Officer, leading both Science and Engineering R&D. Eli is passionate about advancing medicine through scientific discovery and engineering innovation. He has a broad range of expertise in physics, biology and engineering. Eli’s experience includes over 20 years of building and leading multi-disciplinary R&D teams in the biotech field. Prior to Singular Genomics, Eli served as the CTO at Meso Scale Diagnostics where he led the design and development of a market-leading multiplexed immunoassay technology, from early concepts to successful products. These instruments and assays are used for analyzing protein biomarkers in thousands of laboratories ranging from basic research to translational medicine, and have been used in over 1,500 publications. Eli’s an actively engaged technical leader and an inventor with over 60 issued US patents.

Eli received a Ph.D. in Applied Physics from Harvard University and BAs in Physics and Mechanical Engineering from the University of California, Berkeley.

Dave joins Singular Genomics with more than 25 years of executive leadership in prominent scientific companies, including startups and large-scale commercial organizations. Dave was most recently the CEO at Thrive where he grew the business and oversaw a $2.15 billion acquisition in January 2021. Prior to Thrive, he was at Illumina as the senior vice president and general manager of commercial operations for the Americas region. In this capacity, he played a key role in the company’s long-range planning process and helped to accelerate adoption of the company’s flagship NovaSeq sequencing platform. Previously, Dave was general manager and chief commercial officer at Foundation Medicine, where he was responsible for all commercial functions, including sales, marketing, client services, payer relations, and medical affairs. Dave also led the oncology business unit at Life Technologies, served as chief commercial officer at Clarient, and worked with other health care firms like Roche Diagnostics and Abbott Laboratories.

Jorge joined Singular Genomics and established the commercial organization, serving as Senior Vice President of Corporate Development and Strategy. Jorge has helped build several highly successful organizations, from startup to public company, in the fields of genomics and clinical diagnostics. Jorge was an early business lead at Illumina as Vice President, leading corporate and business development along with alliance management functions for more than 10 years. He was one of the early employees at Gen-Probe and played a key business development role in the commercialization of DNA probe diagnostics for blood banks and clinical laboratories globally. Jorge was the scientific co-founder of Chugai Biopharmaceuticals and the co-inventor of an HIV drug that went into human clinical trials. Jorge most recently served as CEO of BaseHealth and currently serves on the board of Kura Biotech, a leading toxicology and diagnostics company.

Jorge received an MBA from the Paul Merage School of Business at the University of California, Irvine and a BS in Molecular Biology from Loyola University.

Scott leads the Sales and Marketing efforts at Singular, bringing 20+ years of global commercial experience across multiple geographies. Most recently, he served as the Vice President of Global Commercial Strategy and Enablement at Illumina where he was responsible for a variety of functions including strategic planning, data and analytics, and product commercialization. Scott also served as the Vice President and General Manager of Illumina Japan based in Tokyo, Senior Director of Sales for Europe, Middle East and Africa based in Cambridge, UK, and was responsible for sales in the Western US. Prior to Illumina, Scott worked at several industry leading healthcare firms including Providence Health and Services, Abbott Diagnostics, Roche Molecular Diagnostics and Biosite (now Abbott).

Daralyn is General Counsel of Singular Genomics, where she leads the legal team. Daralyn is a founding partner of Durie Tangri LLP and has litigated and advised clients on intellectual property issues for 30 years. Daralyn is a fellow in the American College of Trial Lawyers, a past President of the Northern California Association of Business Trial Lawyers, a former co-chair of the Lawyer Representatives to the Ninth Circuit Judicial Conference, and was named by California Lawyer magazine as one of its Attorneys of the Year in 2015.

Dalen Meeter oversees all aspects of financial operations at Singular Genomics. He brings more than 20 years of finance and accounting experience with public and private companies in the life science and technology industries. Dalen joined the company after more than 9 years at Illumina, where he held a variety of roles, most recently as Senior Director, Finance, leading the financial planning and analysis functions for the company’s Operations, Manufacturing, and R&D activities. Prior to Illumina, Dalen held various finance and accounting leadership positions at Websense (acquired by Vista Equity Partners), Captiva Software (acquired by Dell EMC), and KPMG.

Vincent directs the Human Resources efforts with a focus on people and culture initiatives. Vincent is an experienced leader, holding a variety of HR and Finance roles at Life Technologies and Thermo Fisher Scientific. Most recently, Vincent was the Director of Global Compensation at NuVasive where he led efforts on compensation structures and incentive design. Vincent currently serves as an advisor to PeopleTech Partners, a venture capital firm focused on the human resources technology space.

Mike is a Managing Partner of Section 32, a venture capital fund investing at the frontiers of technology, healthcare and life sciences. Previously, he served as CEO and Chairman of Foundation Medicine, a company which transformed the way pharmaceutical companies and physicians evaluate the genomic changes underlying a patient’s cancer, until he transitioned to chairman through the close of Roche’s (NASDAQ:RHHBY) acquisition of FMI in August 2018. Previously, he was President and COO of Clarient, a national leader in molecular pathology, which was acquired by GE Healthcare in 2010.

He currently serves as a member of the Board of Directors for Tango Therapeutics, Nusano, Vineti, Singular Genomics, Adaptive Biotechnologies, Octave Health, Thrive Earlier Detection, Sema4, Cradle Genomics, the Personalized Medicine Coalition, the GO2 Foundation, and the Mission Hospital Foundation (Providence/St. Joseph Health). Mike brings a breadth of understanding in personalized medicine, with a particular interest and focus on defeating cancer. He is also a member of the President’s Leadership Council at Thomas Jefferson University and Jefferson Health, as well as the Advisory Board for Mission Hospital’s Leonard Cancer Institute.

Mike received a BA from Boston College, an MBA from Drexel University and an MD from Jefferson Medical College.

Dr. David L. Barker currently serves on the Boards of Directors of AmideBio, Singular Genomics Systems, and Aspen Neuroscience, and is Board Member and Chairman at Bionano Genomics (NASDAC: BNGO). He is a scientific advisor to Luna DNA. He was Vice President and Chief Scientific Officer at Illumina, Inc., from 2000 to 2007, and on the Illumina scientific advisory board through 2015. He was previously on the Boards of NextBio, which was acquired by Illumina in 2013, ProteinSimple, which was acquired by Bio-Techne in 2014, Zephyrus Biosciences, Inc., acquired by Bio-Techne in 2016, IntegenX, acquired by Thermo Fisher Scientific in 2018, and Integrated Diagnostics, acquired by Biodesix in 2018.

In his academic career, Dr. Barker conducted interdisciplinary research in neurobiology as a postdoctoral fellow at Harvard Medical School, Assistant Professor at the University of Oregon and Associate Professor at Oregon State University. Dr. Barker holds a BS with honors in Chemistry from the California Institute of Technology and a PhD in Biochemistry from Brandeis University. 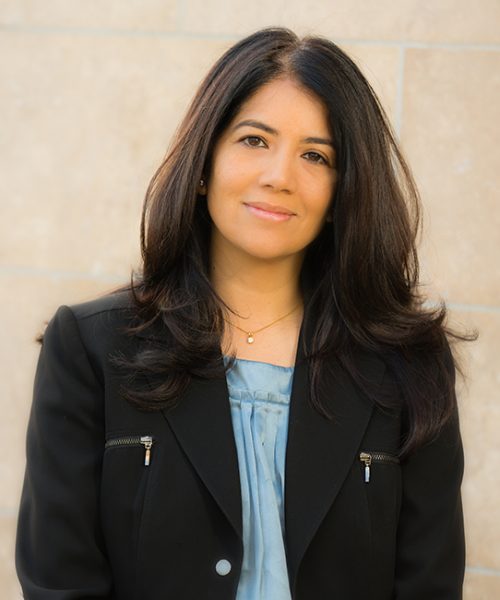 Dr. Kamdar is a Managing Partner at Domain Associates, a venture capital fund focused on healthcare company creation. Kim has been involved in cutting-edge therapeutic and diagnostics start-ups.

Kim was founding CEO for Truvian Sciences where she remains Chair. Kim was involved with Ariosa Diagnostics until the company was acquired by Roche, Corthera until the company was sold to Novartis and BiPar Sciences until that company was sold to Sanofi. Kim was an early investor and helped to create a number of other companies including Aspen Neuroscience, Syndax Pharmaceuticals (NASDAQ: SNDX) and Adastra. Additional BOD memberships include: Alume Biosciences, EPIC Sciences, Evofem Biosciences (NASDAQ: EVFM), Obalon (NASDAQ: OBLN), Sera Prognostics and Singular Genomics.

Prior to Domain, Kim was a Kauffman Fellow at MPM Capital. She was also a Research Director at Novartis, where she built and led a team focused on the biology, genetics and genomics of model organisms. Kim is the author of ten papers as well as the inventor on seven patents. She received her B.A. from Northwestern University and her Ph.D. in biochemistry and genetics from Emory University.

Kim is currently an Advisory Board Member for Dr. Eric Topol’s NIH supported Clinical and Translational Science Award for Scripps Medicine. Kim also serves as a BOD member for Access Youth Academy, a non-profit helping to transform the lives of underserved youth through academic enrichment, health and wellness, social responsibility and leadership through squash.

Jason has served in executive leadership roles across diagnostics and therapeutics companies, with broad experience in scaling businesses from early stage to product launch and ultimately global commercialization.

Jason served as COO and CFO of Magenta Therapeutics (Nasdaq: MGTA), a company focused on developing cutting-edge therapeutics for patients with autoimmune diseases and blood cancers. Prior to that, Jason served as the CFO of Foundation Medicine, a transformative company in oncology molecular profiling. He helped lead that business through early development, its initial public offering, subsequent growth into a global commercial organization and ultimately its acquisition by Roche Holdings (Nasdaq: RHHBY). Prior to Foundation Medicine, Jason led the finance and strategic planning efforts of several other high growth life science companies.

Jason previously served on the board of directors of ArcherDX, Inc. (acquired by Invitae Corporation (NYSE: NVTA)). He began his career at Deloitte & Touche where he earned a CPA, and he received a BA in Economics from Bates College and an MBA from Babson College.

Dr. Elaine Mardis is a pioneering researcher internationally recognized in cancer genomics with a focus on the application of genomic technologies to improve the understanding of human disease and the precision of medical diagnosis, prognosis and treatment.

Since 2016, Dr. Mardis has served as Co-Executive Director of the Institute of Genomic Medicine at Nationwide Children’s Hospital and holds the Steve and Cindy Rasmussen Endowed Chair in Genomic Medicine. She is also Professor of Pediatrics at The Ohio State University College of Medicine. Additionally, Dr. Mardis serves on the Supervisory Board, Science and Technology Committee, and the Compensation and Human Resources Committee at Qiagen.

Dr. Mardis received her Bachelor of Science degree in zoology and her Ph.D. in chemistry and biochemistry, both from the University of Oklahoma. She has authored more than 380 articles in peer-reviewed journals, has contributed chapters for several medical textbooks, and is an elected member of the U.S. National Academy of Medicine.